Kemal Sunal and His Movies

Kemal Sunal was born in Istanbul in 1944 and became an actor who left his mark on the Yeşilçam  period and the Turkish Cinema in general. Sunal, whom we started to see on the movie screen in 1972 with the film ‘Tatlı Dillim’ after the director Ertem Eğilmez discovered him, became popular in 1974 with the movie ‘Salak Milyoner’. This movie tells the adventures of a group of people who came to Istanbul from their villages to find treasure. After seeing how this movie was loved by the public, the sequel, “Köyden İndim Şehire” was shot.

In the same year, Sunal also acted in the movie “Mavi Boncuk” with a group of actors who are now known as a populer cast such as Metin Akpınar, Halit Akçatepe, Tarık Akan, Zeki Alasya and Münir Özkul, Adile Naşit and Emel Sayın. In 1974, he made his first leading man role in the cinema industry with the movie “Salako” directed by Atıf Yılmaz. In this film, he acted as a countryman who fell in love with the village headman’s daughter and ran away to the mountains with her. The next year, he also took part in the movies called “Şaşkın Damat” and “Hanzo”.

In 1976, he and Şener Şen played in several unforgettable films titled “Tosun Paşa” and “Süt Kardeşler”. Following this, the 1976 movie “Kapıcılar Kralı” brought Kemal Sunal the “Best Actor Award” in 1977. He said that this is the first time a comedy movie character has won this award. This film was a comedy about the relationship between a pure but at the same time cunning doorman with other people staying in the apartment. Kemal Sunal played Seyit, the doorman of the apartment, in this movie. In the following years, he acted in dozens of timeless and unforgettable films such as ‘Köşeyi Dönen Adam’, İnek Şaban’, ‘Kibar Feyzo’, ‘Umudumuz Şaban’, ‘Bekçiler Kralı’. 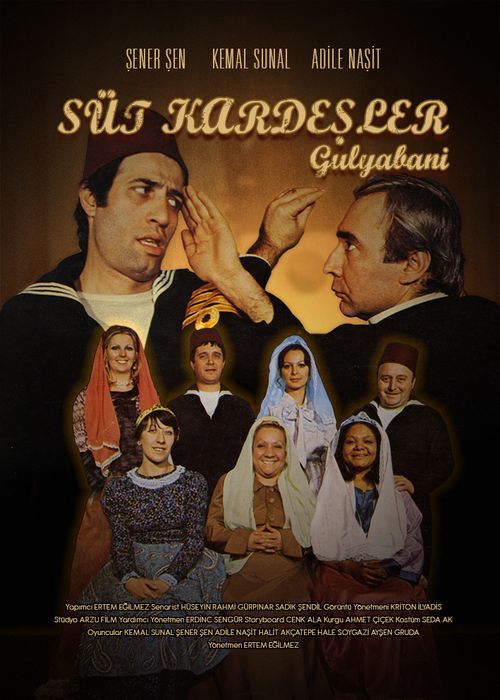 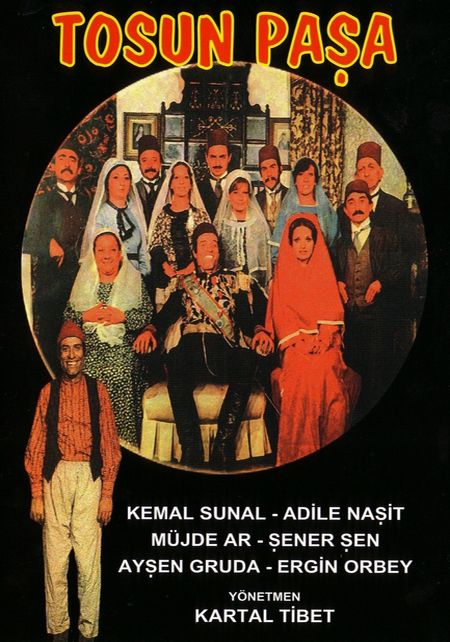 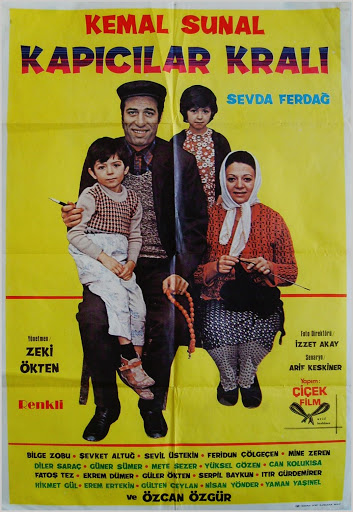 Kemal Sunal died in 2000 due to a heart attack on a plane ride while traveling to shoot his new movie. He was featured in at least 82 movies and 12 theatre plays. He won the love of the people and left a huge legacy with the films and characters he played, especially in comedy and satire movies.  The term ‘Kemal Sunal Comedy’ is named after him and honors his talent; various books and articles have been written on this such as ‘Türk Sinemasında Kemal Sunal’ article was written by Yrd. Doç. Dr. Murat Önal (https://dergipark.org.tr/tr/download/article-file/724732) and ‘Kemal Sunal Comedy’ (https://www.kitapyurdu.com/kitap/tv-ve-sinemada-kemal-sunal-guldurusu/74487.html) book which was also thesis of Kemal Sunal published after his death.

For those who want to watch Hababam sınıfı full movie (with English subtitle):

Selvi Boylum Al Yazmalim – The Girl With The Red Scarf

by Ezgi Kapcak
In the golden age of Turkish movies, The Girl With The Red Scarf (Selvi Boylum Al Yazmalım) (1978) definitely stood out from others and raised the bar for romantic movies. Inspired by the novel of writer Cengiz Aytmatov and directed by Atif Yilmaz...

Selvi Boylum Al Yazmalim – The Girl With The Red Scarf

The Rise of Anatolian Rock

by Eylül Belden
Today it is widely known that the founder of the modern Turkish Republic, Atatürk, had deeply favoured a fusion between Turkish traditional music and Western music.

The Rise of Anatolian Rock

5 Things to Know about Raki

by Ayça Karcı
There are many different alcoholic beveragess around the world; that you can enjoy. Wine, vodka beer, gin, tequila… But Turkey has embraced one of them as national drink: Raki. What makes this drink so special for Turkish people? Let’s find out!

5 Things to Know about Raki

An Industry Trying to Survive: Musical Theatre in Turkey

by Öykü Demir
In Turkey, musical theatre is a self-made industry that amateurs are trying to re-establish. Although tours of Broadway musicals or selections of State Theatres sometimes surprise us, that is all as far...

An Industry Trying to Survive: Musical Theatre in Turkey

What is the meaning of ‘Yeşilçam’?

by Sevgi Horozoğlu
Yeşilçam represents the Turkish Cinema. America has Hollywood, India has Bollywood, and Turkey has Yeşilçam. Cinema films started being made in Turkey in 1914 and the film companies’ offices were mainly located on Yeşilçam Street in Beyoğlu, Istanbul. Yeşilçam (Green Pine) took its name there.

What is the meaning of ‘Yeşilçam’?

by Beyza Gökmen
Identified with the hippie culture, psychedelia was storming through the music scene in ‘60s, especially in the UK and the US. This new genre also influenced newly blooming Turkish rock scene.

Sevgi Horozoğlu graduated from Yalova University department of International Relations. She is actively volunteering in TOG. She has an article which is ‘Energy Security And Turkey’s Strategic Importance’ and published by TUİÇ Academy. She also wrote news in both Turkish and English in Yalova University International Conflict Resolutions Application and Research Center Weekly Bulletin.