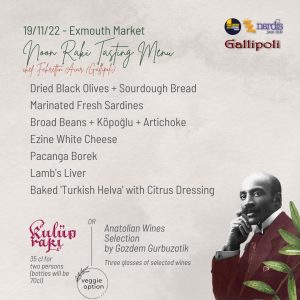 “Öğlen Rakısı” (noon raki) is an important tradition in which the intellectuals of Istanbul meet at noon and spice up their deep conversations with raki and appetizers. In this “Öğlen Rakısı” documentary producer Batu Akyol will tell the story of Thomas and “Maxim Gazinosu”, while rakı R&D Developer Gozdem Gurbuzatik will describe the matching history of the culture of ‘rakı‘.

“We do not know if Thomas, one of the most influential architects of Istanbul’s entertainment culture, was aware that with Maksim Night Club in Taksim, he founded the most established nightclub witnessing the evolution of music in an emerging Turkey. By launching Maksim after having managed a dancing club in Şişli, he took the first steps of a cultural movement even older than the 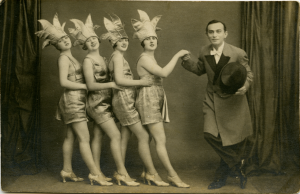 republic history of Turkey. Fahrettin Aslan was the one to take over the flag in the second half of this cultural movement. Both of these men not only witnessed the various phases of music in Turkey but also contributed to it. Maksim quickly became a leading force for many music genres like Tango, Foxtrot, Swing, Twist, A La Turca and Classical Turkish Music”

In addition to an exceptional parallel period rakı tasting menu prepared by our chefs, we will listen to the period’s music.