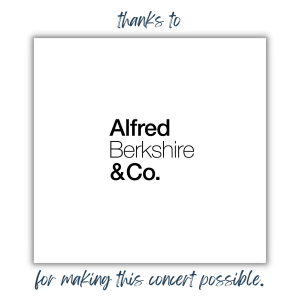 Maffy Falay, one of the important figures on the international jazz scene, was a Turkish trumpeter who had countless gigs in Turkey and Sweden. The esteemed musician played with Dexter Gordon, Stan Getz, Elvin Jones, and was a close friend of Dizzie Gillespie. He continued his career in Sweden and made an international impact with his ‘Sevda’ project.

The renowned and talented Ferit Odman, who had the opportunity to work with this legendary Turkish trumpet player who unfortunately passed earlier this year, pays homage to Maffy Falay with his quartet during this unforgettable concert.

Istanbul based jazz drummer Ferit Odman started his music studies in Sweden got a full scholarship to get his B.A. in Music at Istanbul Bilgi University before receiving a Fulbright Scholarship to further build on his studies at William Paterson University. He lived and performed in NYC for two years and holds a Master of Music degree in Jazz Performance. He became heavily entrenched in the Turkish jazz scene at a young age and recently performs with many jazz musicians while leading his own quintet and touring around Europe.

Uraz Kıvaner is a Turkish jazz pianist who studied at Istanbul Bilgi University and the prestigious Berkeley University in USA, where he worked with many prominent jazz musicians. Kıvaner performed in numerous concerts, jazz clubs and festivals from the age of 16. He is one of the most prominent pianists in the Turkish and international jazz scenes. His style is said by the critics to be a combination of Oscar Peterson, Bill Evans and Ahmad Jamal. He released his album titled “Pieces” in March 2012 under the label “Rec by Saatchi”.

Batu Şallıel is a successful saxophonist who started his musical life by the age of nine with the encouragement of his saxophonist father. He has played with countless jazz musicians and pop singers since the age of 15. Şallıel has since then performed in many Jazz Festivals both in Turkey and abroad. He has released several albums with various projects such as What Da Funk with Anıl Şallıel and Funkbook with Önder Focan. He released his first debut album The Way in 2021.

He is one of an increasing number of trumpeters who have been heavily influenced by the melodic approach of the late great Kenny Dorham. Trumpet great Wynton Marsalis recently said about him “Steve has his own style. He plays from the bottom to the top of the horn whilst maintaining the integrity of the chords. I can’t think of another trumpet player that can do what he does.” He has released six CDs on the Hard Bop Records label and has performed all over Europe and in New York on numerous occasions.

Born in Germany, Ozan Musluoğlu is a Turkish bass player. He worked with jazz giants such as Marc Johnson, David Friesen, Dominique Lemerle and Robert Balzar. The musician released four albums to date with his last album “My Best Friends Are Vocalists” released in 2015 under Sony Music. In addition to a very busy gigging schedule, Ozan Musluoğlu is the full time bass player for the TRT (Turkish National Television) Jazz Orchestra.