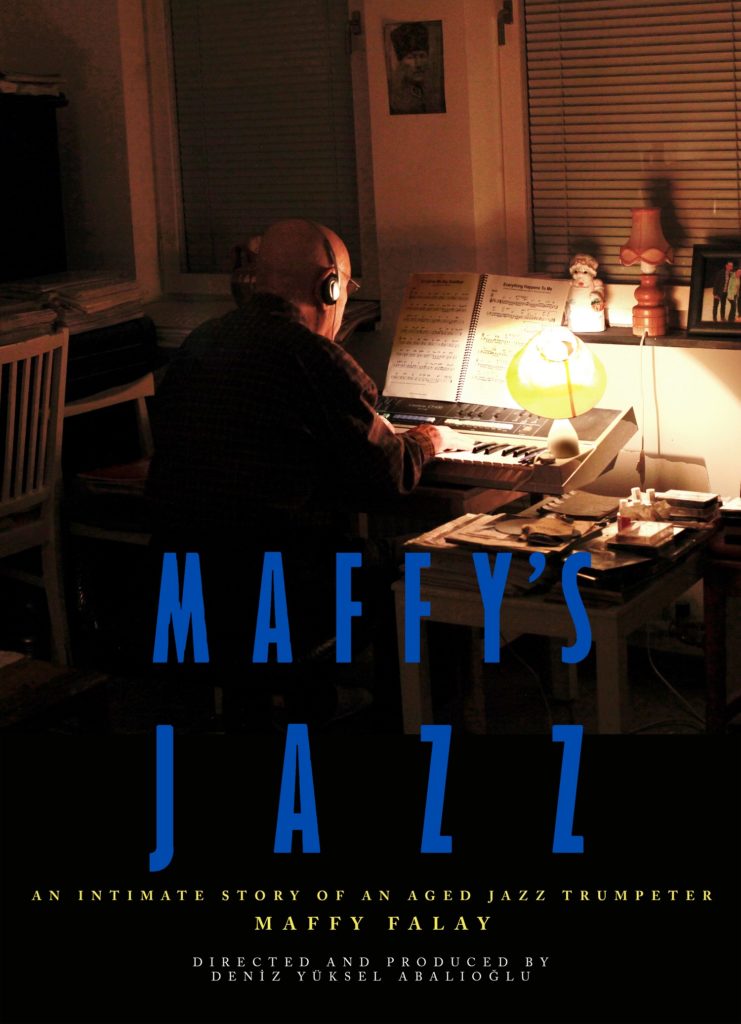 Maffy Falay, who passed away in February 2022 at an age of 92, was a popular jazz trumpeter in Sweden. He has left his homeland for Sweden at an early age, following his passion for music. In the 60’s he became a popular trumpeter in Europe. He was coveted by such jazz legends as Dizzy Gillespie, Thelonious Monk and he shared the stage with Quincy Jones, Kenny Clarke, Francy Boland. Being among the few remaining members of a bygone generation, he led a solitary life in his one-room apartment in the suburbs of Stockholm. “Maffy’s Jazz” traces Maffy’s relationship to music accompanying him candidly in different time frames, witnessing his alienation as he seeks to redefine his existence during a time when his generation, culture and music slowly fade away.

Deniz Yüksel graduated with a degree in cinema but she didn’t initially follow a career in her profession. Instead, she worked in the family businesses which are mainly involved in the automotive industry, as a marketing and advertising manager. During these years she was engaged with photography and had two photography exhibitions. Later in 2016, she obtained a master’s degree from the Fine Arts School of Istanbul Bilgi University and Accademia Belle Arti di Brera in Milan.

Besides directing some short movies she produced and directed a feature documentary movie with the grant of the Republic of Turkey Ministry of Culture.